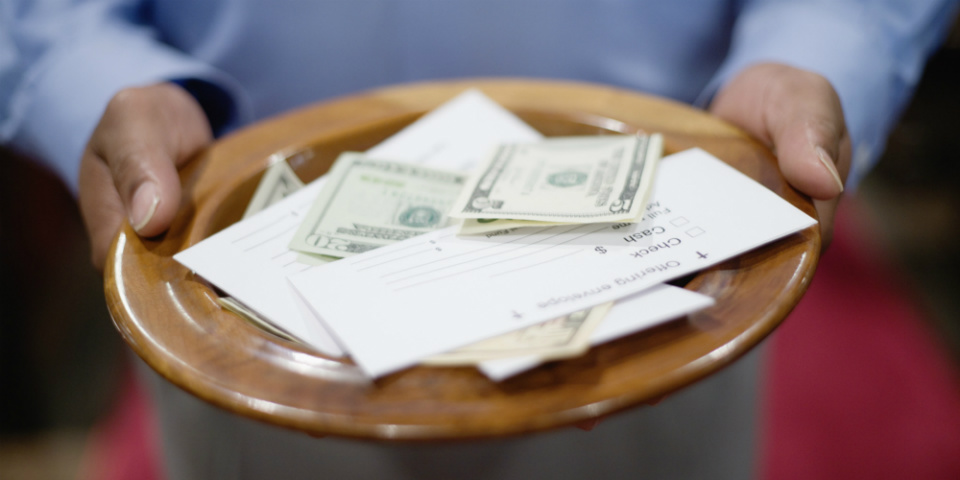 There goes Creflo Dollar again…making us all look bad! The megachurch pastor’s appeal to “friends from around the world” to help fund a $65 million Gulfstream G650 jet has made national news in recent months, and in the process has once again muddied the waters about what Christians truly believe about generosity.

Painting with their (typical) broad brush, a recent CNN article dubbed the typical Sunday morning offering a “Sunday morning stickup,” with greedy, manipulative pastors urging their congregation to give well beyond their means, presumably to fund seersucker suits, copious amounts of hair gel, and (thanks Creflo!) private jets.

So how should a Christian respond? Are churches and pastors just trying to squeeze our pocketbooks for their own personal gain? Here are some thoughts.

1.There ARE greedy, manipulative pastors.

Let’s get the obvious out of the way quickly. Greedy and manipulative pastors exist, and they grieve the heart of God. In fact, Jesus had some pretty serious words for the religious leaders in his day who did not “practice what they preach. They tie up heavy cumbersome loads and put them on other people’s shoulders, but they themselves are not willing to lift a finger to move them” (Matt 23:3-4).

How serious was Jesus? Well, take a look at the Seven Woes that he pronounces on the Pharisees in the same chapter. (Reference “vipers, brood of” and “tombs, whitewashed.”) Yikes!

Now here is the fascinating thing. Jesus doesn’t exempt the people from following the teachings of the law, just because the teachers of the law were a bunch of hypocrites.

Notice the way the chapter begins: “The teachers of the law and the Pharisees sit in Moses’ seat. So you must be careful to do everything they tell you. But do not do what they do, for they do not practice what they preach.” (Matt 23:2-3)

Similarly, in the midst of his excoriation of the Pharisees, Jesus says something incredible:

“Woe to you, teachers of the law and Pharisees, you hypocrites! You give a tenth of your spices—mint, dill and cumin” – in other words, you tithe – “But you have neglected the more important matters of the law—justice, mercy and faithfulness. You should have practiced the latter, without neglecting the former.” (Matt 23:23).

Notice that while Jesus takes them to task for failing to care about “justice, mercy and faithfulness,” he DOES NOT exempt them from tithing. Rather, he says, “You should be doing BOTH!” (Incidentally, this would be a fairly strong repudiation of the common assertion that Jesus did not command us to tithe.)

In fact, stepping back from the specific arena of the church, I would ask this more general question: how can one care about justice, mercy and faithfulness WITHOUT the consistent practice of generosity, whether to the church or to other ministries and charities?

2.The New Testament teachings on generosity are actually… *gulp* …MORE demanding than a simple tithe.

What can we take away from this?

Far from dismissing the tithe as an “Old Testament thing,” Jesus and the New Testament writers actually fail to put ANY limits on our generosity. Even in our poverty, we give! Even beyond what seems reasonable, we give! Even when demanded unjustly by an enemy, we give generously! And in everything we give cheerfully (2 Cor. 9:7).

Did you know Jesus financed his ministry through the support of others? Luke 8:3 refers to a group of women who were supporting him “out of their own means,” and John 12:6 makes reference to the “money bag” – diligently kept by the Church Treasurer, Judas Iscariot – which presumably would have been used to support his needs and to give to the poor.

Paul’s ministry, too, required financial support. At times he was bi-vocational, working as a tentmaker (Acts 18:1-3). At other times he received support from other churches so that he could continue his work of preaching the Gospel (2 Cor. 11:8-9).

The point here is simple, but important: the ministry of the church requires support. Beyond being a ministry, the church is also a community. Yet the truth is that most Christians (check the data) would prefer to consume the resources of the community without contributing to them. This is simply selfishness and, dare I say it, hypocrisy.

Are we sure all of our harping on hypocritical pastors isn’t a convenient cover for our own failure to “practice what we preach” on generosity?

4.Generosity does not subtract from our lives. It ADDS to our lives.

In 2014, Notre Dame sociology professor Christian Smith and Ph.D. candidate Hilary Davidson published a book called The Paradox of Generosity, presenting empirical, measurable data to support their claim that “those who give, receive back in turn. By spending ourselves for others’ well-being, we enhance our own standing. In letting go of some of what we own, we ourselves move toward flourishing.”

They concluded, “This is not only a philosophical or religious teaching; it is a sociological fact.”

The truth is, when it comes right down to it, it doesn’t matter if your pastor is greedy or unselfish, manipulative or sincere – generosity will be a blessing to you. It will create in you an abundant life – and not just in a metaphorical or theoretical way, but in an actual, tangible, measurable way. As the authors of the aforementioned Paradoxassert, in the areas of happiness, health, purpose and growth, generosity will enrich your life across the board.

So here’s the question for all us:

Do you want a life that is abundantly rich in happiness, health and purpose?

Do you want your life to soar like a Gulfstream G650?

(Okay, maybe that was a poor choice of metaphors.)

Do you want to follow the example of Christ? 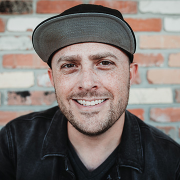